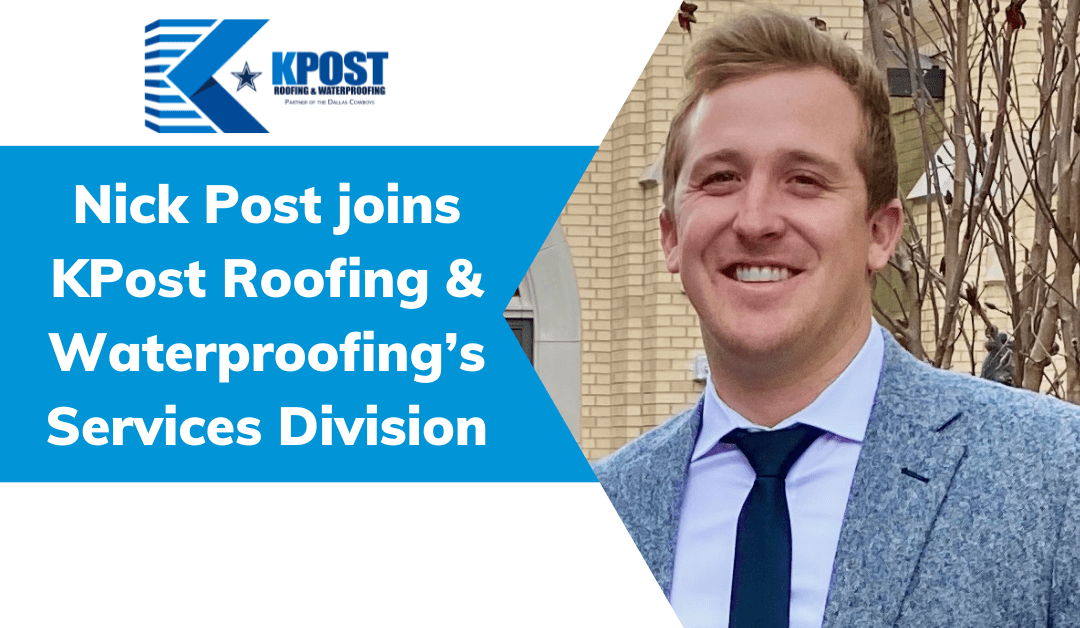 “Nick is developing into an outstanding leader. His tenure and accomplishments at KPost made him a perfect selection for the Chief Services Estimator position,” stated Steve Little, Head Coach and President of KPost Roofing & Waterproofing.

Nick Post joined the two year KPost Apprenticeship Program in 2016 after spending his high school years as an intern during the summer. While in the Apprenticeship Program, Nick worked through each of KPost’s divisions (Service, Operations, Project Management, Estimating and Shared Service). From there, Nick moved into Marketing where he launched the new KPost Roofing & Waterproofing brand and website and worked in project estimating.

Nick is excited to see where the company is going and what the future holds. “I’ve watched KPost grow since it’s incubation in 2003. I’ve seen how it’s morphed and adapted to success and the opportunities we’ve had. Then actually working in the company, as an intern to being a full-time employee, I’ve seen the lifecycle of the company and it’s fascinating. It’s been cool to see how the company is able to adapt and grow at one location in the DFW.” Nick continues, “The growth and success the company has seen in 18 years makes it exciting to dream about where we’ll be in 20 years. I’m looking forward to the opportunity to see what the future holds.” In addition to joining the Services management team, Nick will also launch a Small Projects division under his leadership in 2021.